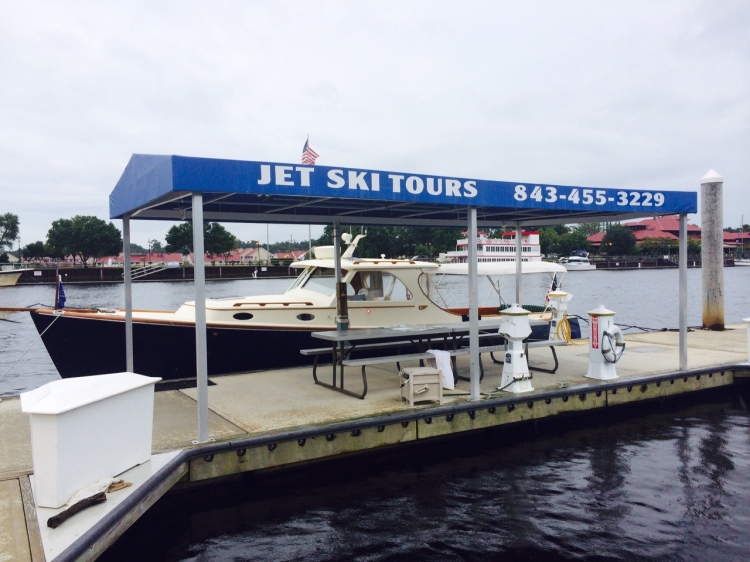 Today’s travel took the crew down the ICW from Beaufort, NC to Cape Fear, NC. The journey took them through beautiful Bogue Sound to Cape Fear River to Southport, NC.

The Intracoastal Waterway (ICW) is a 3,000-mile inland waterway along the Atlantic and Gulf coasts of the United States. Some sections of the waterway consist of natural inlets, saltwater rivers, bays, and sounds, while others are artificial canals. It provides a navigable route along its length without many of the hazards of travel on the open sea.

The bridges in this section of the ICW are predominantly swing bridges. While waiting for the Surf City swing bridge to open (and with a 100+ foot yacht on Courage’s heels) the starboard fuel tank ran dry! It was while coming off plane to wait for the bridge to swing that the fuel shifted and the engine died. With no power the current took the boat under the bridge. But unlike the first day the port fuel tank was full. The switch was made and the Courage continued on its way to South Port, NC without further incident. 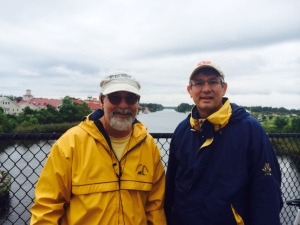 George and Jerry rode bikes in South Port and had a great dinner before retiring for the night.

With only 40 miles to travel today to Myrtle Beach the crew had a late departure. Today’s journey was rather slow and tedious. This section of ICW is shallow and there is a lot of shoaling. There are also a lot of condos in the Myrtle Beach area resulting in numerous no wake zones. The crew is proud to say they were only yelled at once for creating too big of a wake!

More bike riding in Myrtle Beach and dinner with the dock master. Hoping for a break in the weather for tomorrow’s journey to Georgetown, SC.

George & Jerry have a safe journey, and Kris keeping the stories coming.

Over 25 years as a mariner and maritime industry professional. View more posts

Managed solutions for your marine assets.

Celebrating the Lifestyle of the Sea.

Luxandtravel.wordpress.com is a independent collection of hotels for people who care where they stay!

“Travel brings power and love back into your life.” ― Rumi